"Excellence is a journey, where the weak lurk in shadows. Yet my blade burns stronger!

One by one, I smother death! I reap their flames! Let them fear me. In the midst of war, I breathe fire."

The Zhanhu is a playable hero class in For Honor.

Always highly respected and powerful, the Zhanhu were once the right hands of powerful rulers. As key representatives of the Wu Lin Emperors, the Zhanhu would consider their lives forfeit, subservient to the will of their leaders. They were duty-bound to execute the Emperors' decrees at any cost. All other considerations were secondary.

The Zhanhu of today are the true masters of artillery. Only a few can learn how to tame the fire, wield the deadly changdao and achieve the title of Zhanhu. One should fear these unpredictable warriors, as they have devised many ways to slice and burn their enemies to the ground.

As protectors of powerful rulers, the Zhanhu do not go unnoticed on the battlefield. Wearing silk garments with embroidered patterns, they do not need heavy armor to protect themselves. These skilled swordmasters prefer light cuirasses or lamellar armors that do not hinder their mobility.

Changdao - A single-bladed Chinese greatsword that requires great skill and patience to wield, but rewards prowess with devastating strikes.

The Zhanhu are dodge attack experts who use their mobility and limitless chains to defeat any foe. Strong and agile, they are masters of the long Changdao. Also as masters of artillery, they have devised various feats to burn the enemy and wreck havoc on the battlefield. 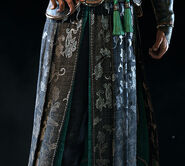 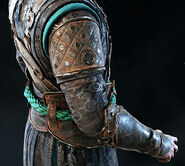 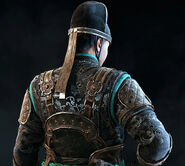 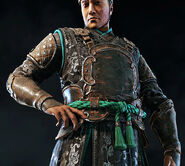 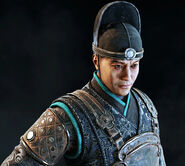