Year of the Covenants Season 2

"All parched and weathered, we yearned for the days past. We growl at the scorching sun. Then, shimmers of dust, breathing ashes. They came from nowhere... They left us in awe."

Year of the Covenants: Season 2, named "Mirage," is the eighteenth season of the ongoing Faction War. Both the Chimera and Horkos have had their celebration, only followed by a dry spell that has caused a drought throughout Heathmoor. Water has become scarce, and wildlife cannot sustain admist the new heat, yet the two covenants keep on fighting. In this hot climate, what illusions will the warriors see...?

"When humanity's pride would lead to our downfall. When the Heavens themselves would forsake us. The Kyoshin alone would look up to see what was hidden; to hear what was silenced; to cherish what was about to fade."

"Shedding their old selves, shimmering along the haze. Embracing a new power, to be transformed and awakened. they would carve their own path in the land of fire."

Warriors everywhere sealed new alliances through the Covenants, but another great enemy was about to challenge their renewed vigor. This new threat was not just another clan or army trying to reap more territories. After centuries of being spoiled and exhausted by humanity's thirst for power, Mother Nature herself was about to show the true extent of her burning wrath. An intense drought befell Heathmoor, endangering crops and fortifications everywhere.

While the Horkos saw the calamity as another opportunity to prove their might, the Chimera struggled to maintain solidarity among their ranks, with less resources to share between themselves. Even then, the scorching heat toys with the minds of the most ferocious warriors, bringing forth new demons and nightmares. Who will be their salvation?

Changes from the previous Testing Grounds are now live, bringing in a kit rework or change for seven Heroes: Shugoki, Berserker, Gladiator, Zhanhu, Aramusha, Jiang Jun and Hitokiri. As mentioned before, these Heroes were deemed to have lower than desired viability, thus were given new or reworked tools to be able to function better. Below are the overall changes, with additional changes on top of the TG changes highlighted in italics; if you wish to see more details on the changes, see the full patch notes here.

Developer’s comment - Rock Steady was a ‘problematic’ feat, matched only by Thick Blood. Both Feats had completely obliterated entire opponent move sets, making Bleed heroes obsolete (for Thick Blood) and heroes who need an Unbalance to reach their special moves useless (like Caber Toss giving no guaranteed damage). There’s no defending the old functionality of these two Feats, and now players and devs alike can sleep soundly at night knowing that they are both gone forever.
“Short-Tempered” we feel will keep some of the flavour of Rock Steady, in that when you get hit you will then gain a benefit. Unlike the unhealthy behaviour of Rocksteady, Short-Tempered benefits you a little bit no matter what hero you face, and never makes a part of an enemy's kit obsolete.

With the arrival of the new season comes a mystery. Warriors have been stricken with unusual visions as they visit the grounds of Kyoshin Temple. Join this modified Dominion game where you will have to defeat Kyoshin warriors who stand on either side points on Temple Garden. Once you defeat one, gain their powers on top of the ability to see the world in another light.

For more details on the event and gamemode, check out the dedicated Visions of the Kyoshin article page.

Another battlepass is here. Through the hundred tiers, get access to the new collections of items that you'll be able to unlock as you progress through the free or premium pass. Battle Pass and season content will be themed around the arid deserts, representing the season that has been dropped into a dry spell. All the weapon visuals reflect this with their bone-dry looks of sand and brown hues.

As all warriors struggled with the drought, the Samurai were reminded of the Heavenly Ones, the embodiment of light and mirages in their pantheon of deities. According to many legends, they would appear during heatwaves to warn people of how impermanent things were and would always be, no matter how weak or strong one was.

Bring your customization to a whole new level with new mystic flame aesthetics and dry-boned weapons for your character's look through the 100 Tiers of rewards available for all heroes, all worth over a million Steel! For the premium tier, there is included the Head-to-Head Pair emote at tier 0, with many more rewards down the line. As this pass is seasonal, progression through the Pass will reset at the end of the season.

The Season Pass has two ranks: the Free Pass and the Premium Pass. All players will have access to the Free Pass, earning rewards which include embossings, ornaments, an emblem outline, color swatches, paint patterns and more. Rewards are earned every few tiers.

The Premium Pass on the other hand offers the bulk of rewards, such as new signatures, new weapons, new executions, new effects, and more. Premium Pass owners will still receive rewards from the Free Pass. The Premium Pass also offers +10% Battle Points, the points necessary to progress through the Battle Pass tiers.

As both Pass' progression are shared, a player is able to upgrade to a Premium Pass and receive all rewards they would have gotten if they had purchased the Premium Pass from the start.

Take note that the purpose of the Battle Pass is to guarantee rewards for players, compared to how all rewards were based around random drops post-match or scavenger crates. The Battle Pass however will not replace any current system of cosmetics and loot gain, such as the above mentioned random drops, any event loot or the content of the week.

Content of the Battle Pass, even for the Premium Pass, will only be character customization items and consumables, preventing a pay-to-win model. All tiers are also visible to Free Pass owners, so there are no hidden rewards. However, the exclusive rewards in the Premium Pass may become unobtainable at the end of the season.

Progression through the tiers of either Passes can be hastened with Steel, skipping either 1, 5 or 20 tiers at once. The price for hastening progress is static through the tiers and between both ranks of Battle Passes.

While more content will come later in the season, new Outfits, Emotes & Signatures have made their way into the game over the weeks prior to the start of the season. This includes the Paired Emote Raising Glasses and the No Water for the Week Signature.

Some maps have also been affected by the drought, becoming barren of wildlife. Such maps are the Belvedere, High Fort, Temple Garden and the Forest. There is also new menu music and new background visuals for all menus to reflect the coming of the Kyoshin during this drought.

The Kyoshin are legendary Samurai who have a deep connection to the spiritual realms. Their special training led them to master the art of fighting with a concealed blade, the Shikomizue. While they flow through battle wielding their sword and scabbard, they use heavenly powers to gain the upper hand against the enemy. Their special Kaze Stance can block incoming attacks and allow them to retaliate quickly.

He can be purchased for immediate access with monetary currency in the Kyoshin Hero Offer bundle, or purchased seperately with in-game currency two weeks later. Purchasing him through the bundle not only gives access to the Kyoshin, but also offers an exclusive elite outfit, an exclusive ornament, 3 Scavenger Crates and 7 days of Champion Status.

See more about the Kyoshin on their designated page here.

In celebration of the Kyoshin's arrival, special lore orders were hosted. Below is a list of all the lore orders:

A number of new content was introduced during the midseason. There is the Gambler's Fallacy Battle Outfit and the Dreams of Equilibrium Ornament. For a limited time, two other items will be available for the next three weeks: the Apocalyptic Firestorm Mythic Outfit, where your Hero dons a set of blazing black wings; the new Execution, Ilma's Helping Hand, a unique randomized Execution where Ilma will hand the Hero a random weapon for them to cut down their opponent with.

A few other changes have also been made to the game: 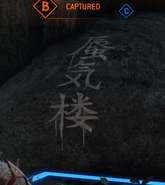