"The world fears us. We are the favored of the gods. We plunder new lands. We raid and we grow strong. We live for battle, ready to die in glory."

The Vikings are one of the four playable factions in For Honor. Previously thought to have vanished, the Vikings have returned - in great numbers - from across the sea.[1] They have come to take new lands, plunder, expand the clans and reclaim their ancient homeland in the North. Hundreds of clans now dominate amidst the cold and icy tundra.

The Vikings are the undisputed power of the rivers and seas. In their pursuit to gain the approval of their gods in Valhalla, the Vikings live for battle and glory as they seek out riches and new land, destroying everything in their path to gain it.

The Vikings are a loose coalition of hundreds of clans and tribes, the most powerful being The Warborn. Alliances are easily formed and just as easily broken. Disputes and conflicts are par for the course but any outsiders will see them in a state of perpetual war. Technologically speaking they are the most primitive, the frozen tundra of Valkenheim impeding their growth, but underestimate their resourcefulness at your own peril.

For Vikings, honor is tied to reputation. Bravery, nobility, magnanimity, a sense of fair play, respect for others, and the strength to do what is right is praised. Acts of cowardice and treachery are reviled. Freedom is highly valued and the act of taking someone prisoner is to make them your slave.[2]

"On the battlefield, we are ruthless beasts, Unleashing our fury upon the weak. Only in the madness of the war, do we truly feel alive. Unburdened by the fear of death, we rejoice in battle, Welcoming a worthy end that will grant us entry into Valhalla. Our strength and ferocity are unmatched and unstoppable. There is no choice. Join the Warborn or die."

The armor sported by the Vikings is made of a mix of toughened leather and furs over chain mail, adorned with small iron plates and distinct war paint. Each class of Viking has a distinct helmet design and varying applications of war paint.

Dane Axe - An axe head atop a long pole shaft, suitable and only worthy in the hands of the strongest and bravest warriors. While the axe head allows for some wide and crushing swings, the butt of the axe on the other end of the shaft can be used for some surprising maneuvers.

Hand Axes - The Berserker's choice of weaponry, which they wield one in each hand. Their size makes them perfect for being swung one after another with ease or be thrown at enemies.

Ulfberht - This short sword is ideal for one-handed use and can cut down enemies in a few short strokes. The Ulfberht were descendants of the spatha style sword which came to replace the gladius in the Roman Empire.

Round Shield - It is believed no Viking should be without his shield. Despite popular belief, round shields were neither clunky nor cumbersome, especially in the hands of a trained warrior. They were often used to deflect sword blows and can be used as a blunt weapon to knock enemies off balance.

Spear - The polearm of choice for the Vikings, spears outreached the sword while staying short enough for one-handed use. Valkyries can be seen using the spear together with a shield. If all else fails, the spear can be hurdled at the enemy at long range, with some Vikings capable of throwing two at once, one in each hand.

Claymore - The heaviest sword ever made. It penetrates the defenses of the opponent's shield and armor and allowed for heavy strikes and slashes. The sheer weight of the weapon meant that great momentum could be built up for every strike. However, center of mass had to be trained into the body of its user, or else each swing would be too unbalanced.

Hatchet and Dagger - The hatchet has long been a Viking weapon but pairing it with a speedy dagger makes the Shaman extremely unpredictable and savage. The smallest pair of weapons among the vikings, the Shaman can crack skulls and gouge the innards of her foe with these weapons.

War Hammer - A blunt weapon that utilizes a large striking head in conjunction with a handle that can be used one handed or two handed. Expert use of this weapon needs strength, but also the ability to use its weight-head's momentum for devastating strikes and explosive knockback. 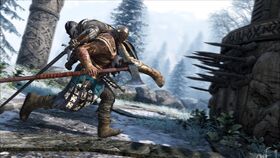 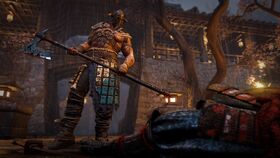 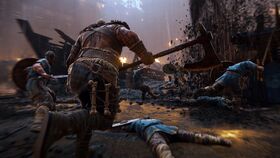 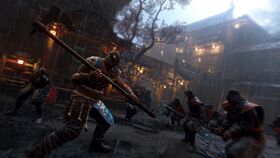 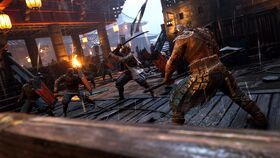 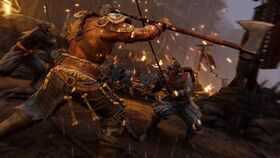 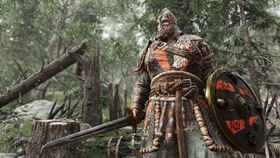 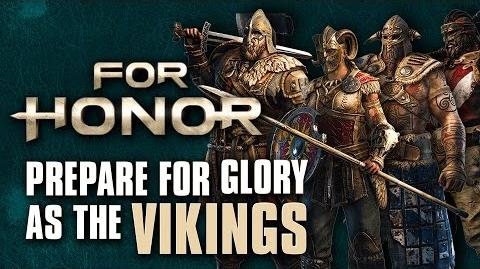 For Honor- Prepare For Glory As The Vikings