Tiandi is a playable hero class in For Honor.

The Tiandi are loyal protectors of kings, queens, and emperors. Their name, which means “heaven and earth,” represents their lifelong dedication. They are masters of the Dao blade, the weapon of choice for this Royal Guard.

The Tiandi take an oath of loyalty to their ruler. It is an oath that binds them to their ruler for life. They are renowned for their courage and dignity in battle. When a Tiandi’s ruler loses their life, the Tiandi becomes a terrifying warrior free of constraints. They fight with the same dedication, but their cause is known only to them.

The Tiandi wears a metal cuirass. Dragons are engraved into their pauldrons and spikes protrude from their bracers and greaves. Faulds cover their legs and is held up by a thick belt. A single decorative feather rests atop their helmet.

Dao - Single handed Chinese saber or broadsword made to cut down enemies in a flurry of slashes.

The Tiandi is able to use a series of dodges and dodge attacks to weave through combat, avoiding and countering enemy attacks. The most agile among the Vanguards, the Tiandi can interrupt their opponents with their palm strike or even unbalance them with a kick, creating opportunities for allies to land lethal blows.

Available Perks for the Tiandi can be viewed on the Perks page. 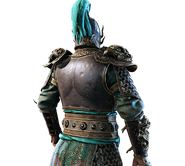 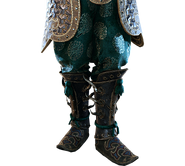 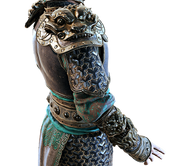 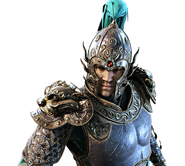 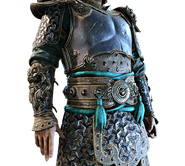 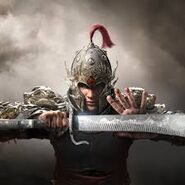