View source
watch 01:31
For Honor Trailer: The Shinobi (Samurai Gameplay) - Hero Series #13
Do you like this video?
Play Sound

"Theirs was a secret society. Even we Samurai were not sure if they even existed or if they were just a myth...until they came out of the shadow: shinobi. Their weapon, the kusarigama is like no other. It echoes through our past and proves they are indeed from our blood. Trained in secret, their presence on the battlefield is felt before they are even seen. We now know they are always close, waiting for the right moment to strike. They have now entered this war and won't leave until their job is done."

Shinobi are a playable hero in For Honor.

The Shinobi are silent warriors who move with a dancer's grace and kill with the precision that can only come from a lifetime of disciplined training.

They were told as only being a myth, but this was intended by the secret society which kept their training and existence a secret. Whiletheir brethren Aramusha are brash enforcers, the Shinobi are tasked with undercover work. Not much else is known about the Shinobi than their agility, their magic-like ninja arts and their skill that lets them dispatch enemies quickly with the kusarigama they hold in hand.

The shinobi takes on the image of the ninja in pop culture, clad in dark shinobi shōzoku with ropes, bombs, and a kaginawa grappling hook hanging from their belt, with a Sanjaku-tenugui covering their face. Leather armor cover parts of the body, but most determinately the arms, upper chest and shoulders.

Kusarigama - The traditional Japanese weapon consists of a kama (Japanese sickle) with a chain-and-weight attached. It is brutal in close quarters but can also be thrown and retracted for medium-distance attacks.

The Shinobi excel at repositioning, as they are able to move about the battlefield with ease and speed. They excel in skirmishing combat as they dodge or flip in-and-out of range of their opponents. They will use their kusarigama sickles to pin down unsuspecting foes with their Sickle Rain mix-up.

Available Perks for the Shinobi can be viewed on the Perks page. 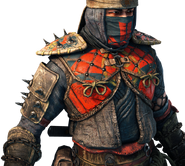 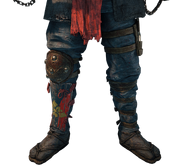 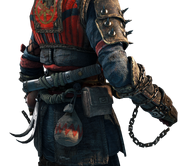 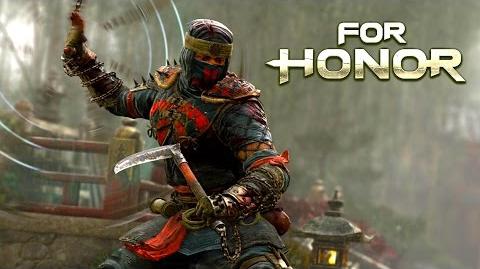