Shaolin is a playable hero class in For Honor.

The Shaolin are fierce warrior monks known for their fluid fighting style and their prowess with the staff.

The Order of Shaolin was formed long before the Cataclysm, when the first monks established a monastery and shared their martial skills with their followers.

After the Cataclysm, civil war enveloped the Empire, and the monks honed their warrior skills to preserve a spirituality that was quickly disappearing from the world. If that meant a clenched fist, then these warrior monks would be ready.

Today, they spend their days praying, training, and fighting. They hold their prayers close to them at all times and deliver their message with a spiritual force that’s unmatched.

The only armor the Shaolin wears are a pair of bracers and greaves. Other than that, he wears the robes and artifacts of his monastery, with tattoos of prayers covering his body.

Staff - A simple but long ranged weapon capable of pummeling enemies in an array of swings and thrusts.

The Shaolin is a fast-paced combatant with a huge array of tools at his disposal. With his Staff, he is agile and can alter his combat flow by entering a special Qi Stance that gives him access to various special attacks. His attacks are quick, relentless, and unpredictable.

Available Perks for the Shaolin can be viewed on the Perks page. 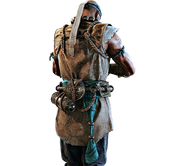 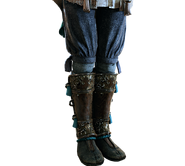 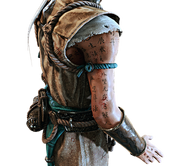 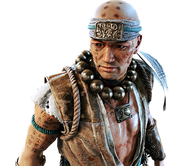 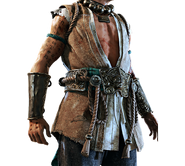