River forts protect lands from water-based invasions. Equipped with powerful catapults, they sink hostile vessels before they get too close.

The River Fort is a typical fortification of Viking origin, found on northern rivers where they’ve established colonies. They’re usually built by fortifying a riverside fishing village into a full-fledged counter-siege stronghold. The soldiers manning the catapults are highly trained specialists adept at sinking sailing ships.

The entire fort is centered around the overwatch rampart at its center, which is accessible by both the Attackers and Defenders through their own side's rampart, be it stairs or ladders. With a trench filled with spikes underneath it, the overwatch overlooks the courtyard and the river lookout. The river lookout holds a catapult that would be used against any ship. Attackers come from the forest and will have to traverse the courtyard in order to reach the barracks and seize the fort.

In Dominion, no ships can pass without facing the river fort. So the first order of business is to take over the fort. Soldiers arrive from the forest, climbing up ladders to invade the fortress. But the defenders know they're coming. The catapult is adjusted to lay siege to the fleet while a horn sounds to rally the soldiers from the barracks to warn them of the invasion. 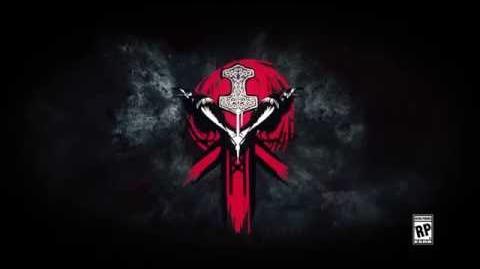