View source
watch 01:13
For Honor Trailer: The Raider (Viking Gameplay) - Hero Series #2
Do you like this video?
Play Sound

"Sometimes a viking is born who carries the spark of gods: Raiders, we call them. It is a name that can summon armies. Ruthless, fearless, made for battle. The Dane Axe was the mightiest weapon of our ancestors; they wield it without mercy. The moment of a viking's death is chosen by fate. So what use have they of armor? Or of fear?"

For the single player campaign character, see: The Raider

Raiders are a playable hero class in For Honor.

Fighting with heavy two-handed axes, Raiders are always found at the forefront of the Viking horde, hacking through enemies crazy enough to stand in their way. They are clad in leather and iron rings, with their bodies covered by tattoos – souvenirs from past battles, which they bear proudly. These relentless warriors embody the Viking ideals: boundless bravery, spotless integrity, and unbridled passion. They know the moment of their death has already been chosen upon birth, so no Viking fears to follow their destiny. Of course, they all intend to bring as many foes with them as they can.[1]

The Raider's armor is composed of a blend of toughened leather, thick animal furs, and few pieces of metal plates, and have more of their body exposed than any other class in the game. So much so that it could be said that the Raider wears no armor at all, effectively sacrificing defense in exchange for mobility to assist in their preferred tactic of charging recklessly headfirst into a fight.

Long Axe - Long axes have massive heads mounted on long, polished wooden handles. It is one of the most recognizable and fearsome weapons of the Vikings. It doubles as a deadly weapon of war and a tool to smash through whatever stands in the way between raiders and the loot they seek.

Raiders are the Viking’s archetypal warriors. They wade through battles with a large Dane axe, dishing out several disabling attacks and dealing high damage.

Available Perks for the Raider can be viewed on the Perks page. 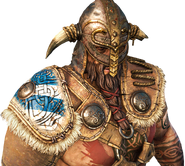 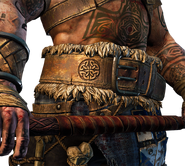 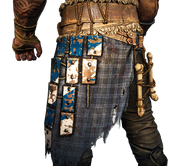 A Raider alongside a Berserker, a Warlord, and a Valkyrie. 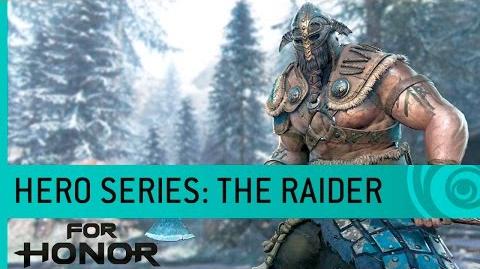 For Honor Trailer The Raider (Viking Gameplay) - Hero Series 2 US