Nuxia is a playable hero class in For Honor.

Nuxia was the name given to female bodyguards during the civil war. These skilled slayers usually roam the battlefield on their own terms, clawing and gutting prey with their hook swords.

The default armor consists of a metal cuirass with cloth and lamellar faulds held together by a belt. Sleek metal pauldrons, rerebraces, and bracers leave very little unprotected on the arms. They also wear a headband on their head.

Hook Swords- Versatile swords that possess a standard sword blade, but feature unique bladed guards, and hooks at the tip of their blades.

The Nuxia is an agile fighter wielding dual hookswords. Her Feats help her isolate opponents into a duel situation, as she can use a barrage of attacks to strike them down. She can also take advantage of defensive opponents, using her offensive "Trap" ability to take down enemies who try to block or parry her attack.

Available Perks for the Nuxia can be viewed on the Perks page. 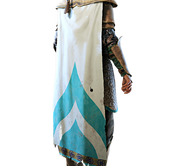 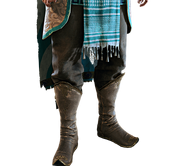 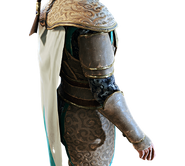 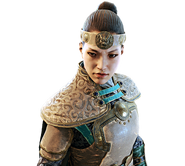 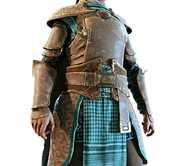 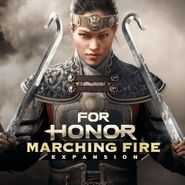