Multiplayer is one of the game modes in For Honor. Players can play against AI or other players. Each of the modes offer players different ways to live the fantasy of being a skilled melee warrior on a realistic yet virtual battlefield.

When players first log into the game, they are asked to pick a faction to represent. This is not a permanent choice as players can change factions at any time, but as a season progresses, a player changing factions will receive diminished rewards. This is to discourage players from changing to a winning side during a season. Players can play any unlocked hero from any faction, but all multiplayer activity will count only towards the faction they chose.

A full season of multiplayer faction vs faction (multiplayer) gameplay takes a total of 10 weeks. Every 6 hours, factions will have an opportunity to gain territory. Gains are then tallied and added to an overall rank for that faction. After the season is over, players of the dominant faction will have opportunities to receive additional rewards.

The overall map is divided into multiple regions. Dominated territories will be displayed with the faction color. Knights are yellow, Samurai is teal blue and Vikings are red. A colored bar is displayed above the region showing the current fight status, This is updated on the servers every 7 minutes. A wider bar color shows the faction currently dominant over the faction(s) with the smaller bar. Crossed swords above the bar represent the region as currently contested.

At the end of each match, players are rewarded XP and a currency called Steel. These can be used to unlock new combat abilities and new visual customization options. They also have a chance to loot armor and weapon parts on the battlefield with specific stats allowing each player to adapt their gear to their playstyle while ensuring fairness and balance in multiplayer. They will also receive War Assets that can be deployed on the map. Players who do not deploy their War Assets themselves will have them automatically placed by the game. Placed War Assets are a benefit to the faction and are not meant to be hoarded or ignored.

Dominion mode is a 4v4 PVP map that allows players to battle against each other. There are three strategic control zones on this map. The goal is to control as much of the map as possible and gain points. Once points have gone over 1k, respawn is no longer allowed and it is a fight to the death.

2v2 mode in which each team of two players will need to kill the two enemy Heroes to win a round. Skill, awareness, cooperation and the capacity to use the environment to the player’s advantage are key components.

This 1v1 mode puts two Heroes face-to-face in a fight to the death. Skill is fundamental in Duel of course, but as in Brawl, players have the possibility to use the environment to their advantage.

In this 4v4 mode, the last surviving player on the battlefield wins the round for their team.

This is a 4v4 Team Death Match like mode. Combat skills are key in this mode as players score points for their team by killing enemy Heroes. 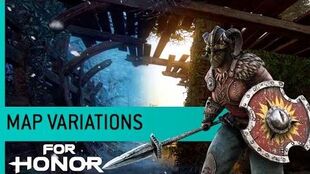