"We... have waited. For years, we have bled. Devoted our bodies to the great cause!

The Jormungandr is a playable hero class in For Honor.

The Jormungandr rise for the Great Battle of Ragnarok.

Formed after the Cataclysm, the Jormungandr drew their numbers from those rejected by the Vikings. Skin deformities swept the north in the post-cataclysm. The victims bonded from their shared deformities, a snake-like scaling. They named themselves for the serpent Jormungandr that, according to Viking beliefs, fatally poisoned Thor.

They’ve grown into an insular dark sect that believes itself risen from the fall of Thor before Ragnarok. Their rite of passage is a deadly ritual that honors their painful origins. Their skin is burned with acid to harden it with serpent scales. Their limbs are crushed by a sacred hammer. Many die from the ritual. The survivors are branded with the War Hamarr to mark them as mighty Jormungandr warriors.

A Jormungandr is a terrifying sight. They fight to crush the weak before the coming of Ragnarok. They believe only the most worthy must remain for the Great Battle.

The Jormungandr are feral warriors who wear their devotion to the Great Serpent on their scarred bodies. Some even whisper they paint their body with the blood and ground bones of their victims, and use human bones and leather for clothing.

Together with the cloth tunic and pants that they wear, they wear fur pelt around their neck, with nets and fishhooks decor to remind themselves of the crashing waves and the Great Serpent. They run bare feet, while their arms are guarded with leather bracers over bandages.Their face are pierced with ornaments in dedication to their cult.

War Hammer - A blunt weapon that utilizes a large striking head in conjunction with a handle that can be used one handed or two handed. Expert use of this weapon needs strength, but also the ability to use its weight-head's momentum for devastating strikes and explosive knockback.

The Jormungandr are fearsome warriors who excel at whittling the opponent’s stamina. Wielding the mighty war hamarr, they cull the weak with their unbalancing attacks and lay the hammer down on those who cannot remain standing.

Available Perks for the Jormungandr can be viewed on the Perks page. 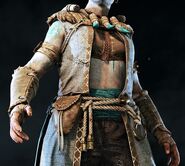 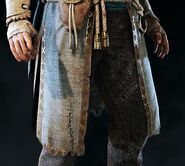 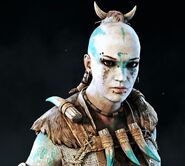 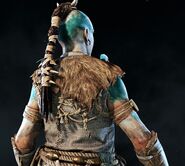 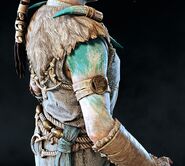 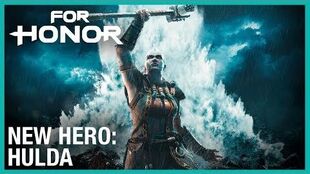