Jiang Jun is a playable hero class in For Honor.

Only the most experienced Wu Lin leaders become a Jiang Jun, generals of the Empire. Their loyalty and their sense of righteousness are unmatched. They teach harsh lessons to their enemies while wielding the guandao, the crescent halberd. Revered as the best strategists of the Empire, they are the living embodiment of the art of war. They inspire thousands to fight and die for them in the greatest battles.

The Jiang Jun wears lamellar armor and a metal cuirass. Much of this armor though is hidden beneath his cloth uniform, leaving mostly his large metal pauldrons, belt, rerebraces, and bracers visible. Accompanying his majestic white beard is a traditional headwear reserved for officials.

Guandao - A long wooden polearm with a heavy curved blade at the end. The blade is named after the mythic general.

The Jiang Jun is a relatively slow but powerful fighter, durable as he is wise. Wielding the heavy Guandao, he specializes in surviving group fights. His Dodge Attacks and Zone Attacks keep his adversary at bay, while Sifu’s Poise allows him to remain in top shape when it comes to Stamina.

Available Perks for the Jiang Jun can be viewed on the Perks page. 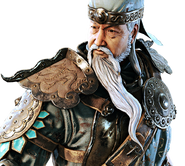 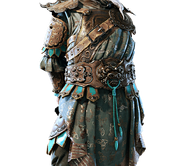 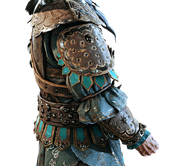 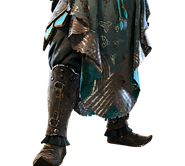 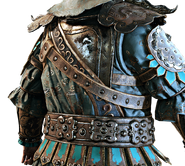