Vikings inhabited Valkenheim for many generations before taking to the sea to raid new lands. They have only recently returned and have rediscovered the ruins of their ancestors.

Altitude gives great advantage in battle. High forts are harder for attacking armies to reach, and those controlling them have a clear view of approaching dangers. These ruined forts are of great importance in the battles to come.

The High Fort is located on elevated ground, with a series of paths leading to the fort being the only way to reach it. Along the way are destroyed siege weapons and burned remains. The uneven terrain also sways the battlefield on a slope. To one side, there stands a tower, which can be entered through two sets of stairs at its sides, or from a ladder into the hole in its wall. On the other side is a mesa, connected by bridges to the main path, with open ledges here and there that can lead one to their fall. On top of this mesa is one grand Viking statue.

During Dominion, the attackers are slowly making their way up to the fort. Defending archers see the approaching army, so they open fire. The attacking army takes cover and their own archers return fire. The commotion catches the attention of the rest of the defenders who rush to hold off the invasion. Since there is no point in stealth, the attacking army charges into battle. 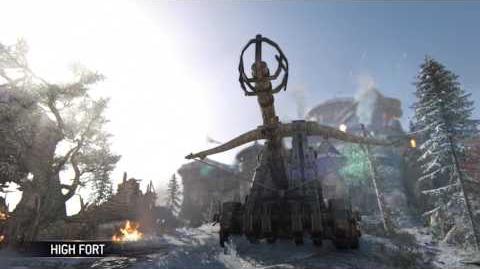 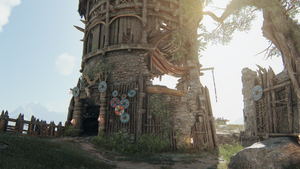 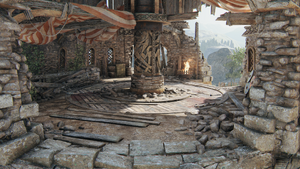 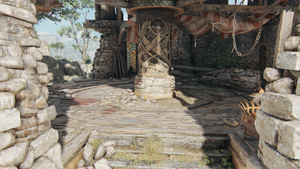