View source
watch 01:12
For Honor Season 3 - The Gladiator Gameplay Trailer
Do you like this video?
Play Sound

"The roar of the crowd can be intoxicating. It can give you the edge you need to defeat an opponent. It can also seal your fate should you lose favor. The arena is not a battlefield. The thrill of the fight has waned. But how will they fare in all-out war? Gladiators have risen the ranks of fighters and have run out of challengers. With their trident and shield, they charge into the fray. Their armor minimal and their bravado staggering. It is now time for gladiators to fight for something greater than themselves."

Gladiators are a playable hero in For Honor.

The Gladiator is a fighter by trade. They have honed their skills through grueling matches in the arena and are now the top of their field. They fight for their own personal reasons: some fight to glory, some fight for riches... but in the end, they all fight.

Their armor is minimal to allow for greater mobility but also to better highlight their skill. They have won over the crowd in every match but how will they fare when all that skill and training is put to the test in all-out war? The time has come for the Gladiator to pull a performance on the biggest stage they will have ever performed on.

The Gladiators wear very little armor. They possess metal pauldrons and a bronze helmet as well as bronze greaves. Their torso is covered by a subligaculum loin cloth, while their right arm is protected by a manica.

Trident & Buckler - Originally a fishing spear, the Trident became famous when Gladiators started using them in combat. In their other hand, they use the buckler to provide swift protection.

The Gladiator is a brash and boastful prizefighter that couldn't care less about the war between the factions. They just want to prove that they are the best warrior in the world. So they play with their foe with shock and awe. 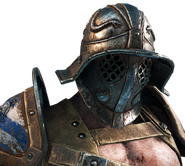 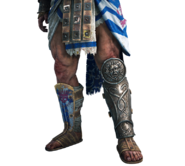 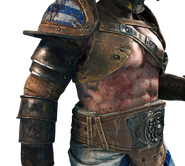 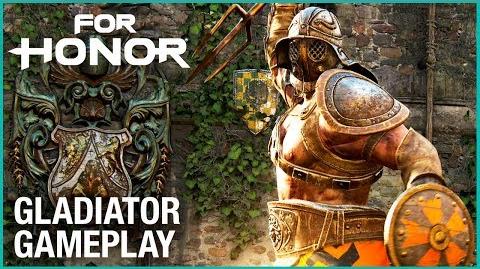 For Honor- Season 3 - The Gladiator Gameplay - Trailer - Ubisoft -US-