A pair of massive stone skulls stand as welcome or warning to those who seek to enter the Viking Capital. Perched high on a hill, the Capital is protected by a defensive gauntlet, built by seasoned warriors to stop attackers from reaching their most valued haven.

The gauntlet serves as the last defense for any major location. But instead of a fortress meant to repel invaders, it is a giant bottle-necked trap meant to wipe out invaders.

The entrance way is a ruin of siege equipments between the two massive stone skulls. But this is the only way into the fortification. The bunker and the seawall sit on the sides of the entrance, called the pit. The pit leads into the killing field, both of which are watched over by various structures platformed a level above. While the killing field is surrounded by both the ledges of the cliff, the surrounding structures include the aforementioned bunker and sea wall, along with a gatehouse, which sits right above the archway that is the pathway towards the capital.

These structures can be accessed from the killing field through stairs and ladders, with bridges serving as a connection between them. Be warned though, these ramparts are bridges are drawbridges, doubling as trap doors. While the drawbridge coming from the bunker will only drop individuals into the pit, the last one between the sea wall and gatehouse ia deadly, as it will drop you into oblivion.

In Dominion, the attacking army has arrived, cautiously making their way nervously through the pit of the surprisingly quiet fortress. Unbeknownst to them, the defending army is watching, preparing for an assault from the structures around. Once the attackers have reached the killing field, they let their guard down, only for the defenders to give the signal for an attack. Defending archers on the sea wall open fire as defending soldiers from the capital charge in, and the battle begins. 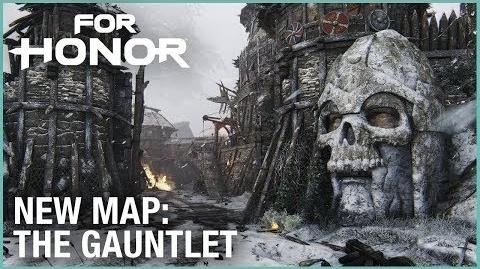