Executions are the designated cinematic finishing moves in For Honor. While in duel modes they are purely cosmetic, executions can play a crucial role in one's chances of victory in team fighting modes.

To activate an execution, one must kill an enemy Hero with a heavy attack, then using one of the four inputs an execution is bound to. Some Heroes will have exceptions where they can perform executions from other methods, but those are few and far between. Executions cannot be performed outside Guard Mode or during certain special heavy attacks, such as the Valkyrie's sweep follow up.

Every Hero starts with two default executions, with more that they can purchase from the store with Steel, the in-game currency. A Hero can have up to four Executions equipped at any time to use during a match.

Executions are interruptible (see below), only becoming successful when they reach their "climax," displayed through a distinct sound effect, along with other visible factors, such as when the executed Hero has lost their arm or head or when they've been gruesomely stabbed or slashed during the execution. On the UI, this climax can be seen when the respawn indicator for the target is replaced with a red skull. Most emote effects make it more clear when an execute is successful, with a flared animation occurring at the "climax." As long as this climax is not reached, a Hero can still be saved from being executed, falling to the ground as a rag-doll ready to be revived instead.

Although Stamina regain is momentarily stopped while performing an Execution, a successful Execution will fully restore the Executioner's stamina.

Successful Executions will also heal the Executioner, with each Execution having a defined amount of health regain of either 20, 35 or 50. Executions with a longer duration (kill time speed does not factor in) typically grant the 50 health heal.

There are Feats and Perks that will interact with executions.

There are a number of ways to interrupt an execution.

A Hero can also not perform an Execution by either unlocking from Guard Mode, performing a Dodge or waiting for 3 seconds to pass. This may be more variable when in a Teamfight or trying to fulfill an Objective as quickly as possible. 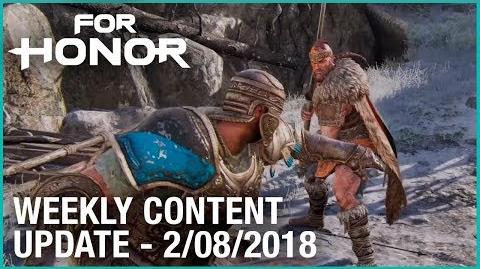 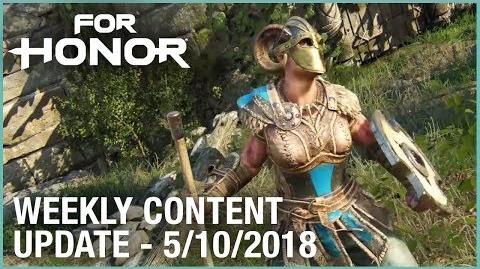 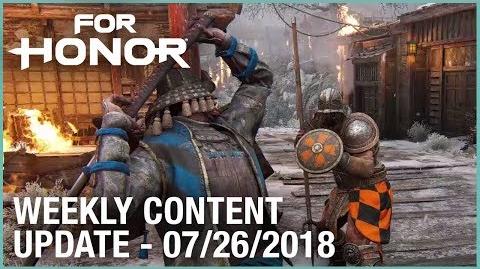 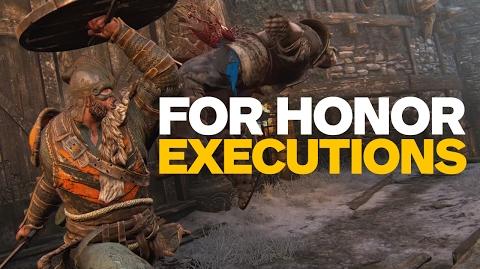 36 Brutal Executions in For Honor
Community content is available under CC-BY-SA unless otherwise noted.
Advertisement