View source
watch 01:42
For Honor Trailer: The Centurion (Knight Gameplay) - Hero Series #14
Do you like this video?
Play Sound

"Some fight for warlords. They fought for an empire. Their might inspired generations of soldiers and struck fear in the heart of their enemies. They are Centurions. Their confidence radiates out to all those who follow them. With their gladius as an extension of their arm and their fist as strong as their conviction. Once the pride of a glorious dynasty, their legend is soon to be rewritten."

Centurions are a playable hero in For Honor.

The Centurion sees the battlefield like a chessboard. Each warrior has their part to play and sometimes sacrifices need to be made. This is the nature of war and the Centurion revels in it! [1]

The Centurion wears a metal face mask, giving him the face of a stoic warrior. He wears a metal musculata curiass and bracers. He also wears a galeae helmet that lacks its iconic decorative crest.

Gladius - This standard issue Roman weapon is perfectly forged for cutting, chopping, and thrusting. Its short blade works well when mixing in the use of his fists to punch his opponent.

The Centurion is an in-your-face character, specialized in opening your defense and draining your stamina. They have a lot of fast mix-ups to put pressure on their opponents. However, their range is short, so they need to close the gap and keep the pressure to stay on top of their foes. 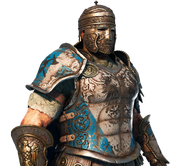 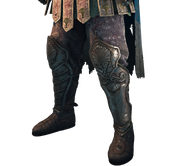 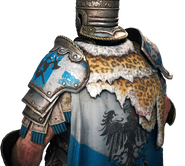