"Mala ultro adsunt. Misfortune comes uninvited. It hungers for blood, craving eternal darkness. The time to repent is over! I will take up arms again. Step out of the shadows and teach them true darkness!"

The Black Prior is a playable hero class in For Honor.

The Black Priors are heavy heroes who wield the large kite shield and an arming sword. These dark agents fight alongside the Knights but are free from the code of chivalry. Whatever victory’s cost, the Black Priors will pay the price. Once Apollyon’s faithful warriors, today they return from exile to fight with their leader, Vortiger, reinventing their legacy and bringing fresh chaos to the battlefield.

Comprised of leather, black steel, and cast iron. Chainmail lies beneath everything with leather above it. Plate armor covers their arms and legs. Together with all the belts they wear, the Black Prior also wear a Chainmail hood that has a steel crown on top. Under that hood, dark make up marks under their eyes.

Arming Sword & Kite Shield - The weapon of choice of the Black Prior is the arming sword. But their iconic kite shield is where the true foundation of their technique of battle lies. 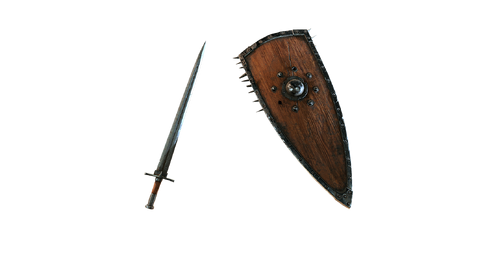 The Black Priors are protectors of the battlefield. Masters of the sword and shield, their powerful defense is their offense. They can enter their special Bulwark Stance after blocking incoming attacks or after any strike, with their Bulwark Counter negating any attack as they flip their foe over their shield.

Available Perks for the Black Prior can be viewed on the Perks page. 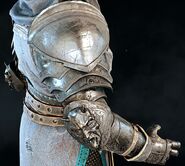 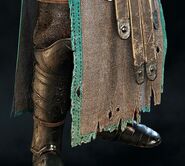 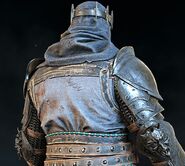 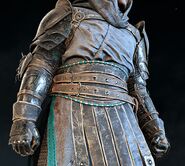 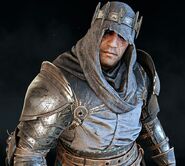 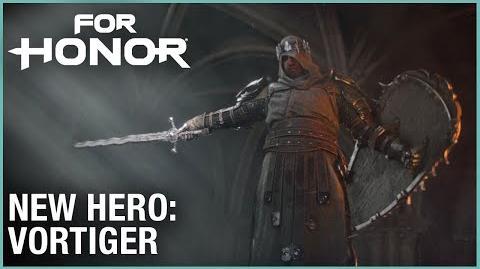 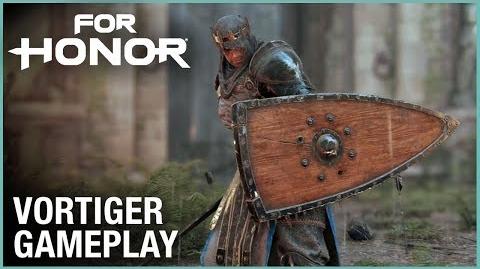