View source
watch 01:28
For Honor Season 4 – Aramusha Gameplay - The Rogue Samurai Trailer
Do you like this video?
Play Sound

"Some must fall from grace. But when Samurai fall, they also free themselves from their masters. Aramusha: brash enforcers for the most prestigious houses. Once noble fighters, now mercenaries. Their dual katana may have killed to satisfy their own ego, but those crimes belong to the past. They join this war not out of duty or command. They join because they are elite warriors in search of their own destiny, a destiny stained red with the blood of those in their way."

Aramusha are a playable hero in For Honor.

The Aramusha is a Samurai fallen from grace. They are not silent nor elegant but they move with the precision of a predatory cat and waste no movements. Their dual blades make short work of any who stand before them.

The Aramusha and Shinobi are members of the same secret order though their roles are vastly different. Where the Shinobi are the silent assassin, the Aramusha are the brash enforcers or sometimes the bodyguards for the more powerful Samurai houses. They once fought for an honorable cause... but circumstances, be it betrayal, greed, ego or others, have pushed them to abandon their oaths.

There is no air of mystery about them. They are simply elite warriors who wield dual katana with deadly grace. The Samurai have called on one of their most ruthless weapons and they are about to be unleashed on the battlefield.

No longer wearing body armor, the Aramusha wear Shitagi shirts with Hakama pants tied off at the end by greaves. They wear a worn down straw Kasa as a pair of Wakizashi hang on the left side of their waist.

Dual Katana - The katana is the archetypal single-edge curved sword of the samurai of the Dawn Empire. Some are honored family heirlooms and others are taken off dead bodies. For the Aramusha, they wield a set of such swords, using them in the infamous dual-blade style that only few can master.

The Aramusha use their blades for both offense and defense. They can move very carefully or dodge very quickly on the battlefield. They capitalize on the mistakes of their opponents to unleash a never-ending flow of fast attacks in every direction.

Available Perks for the Aramusha can be viewed on the Perks page. 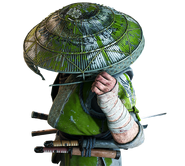 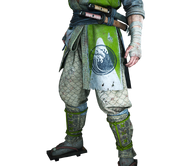 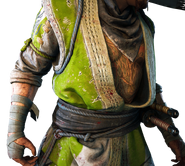 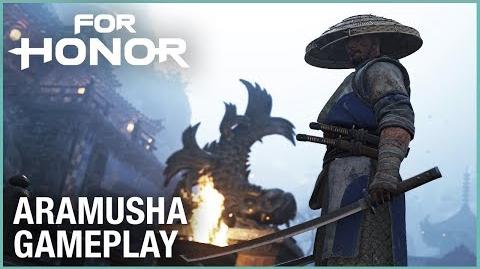