What's on your mind?

It's hard to quantify, so just explain....

For context, here is mine...

I don't value honor in For Honor. I would rather ledge someone before they notice me than win in any other fashion.

I can't stand players that try to duel in Dominion because I think they are attention seekers.

Duels don't have audiences and that is what Dominion duelers want.

I like nothing more than to make them think I'll duel in Dom or allow them to duel someone else only to find the perfect moment to take advantage. 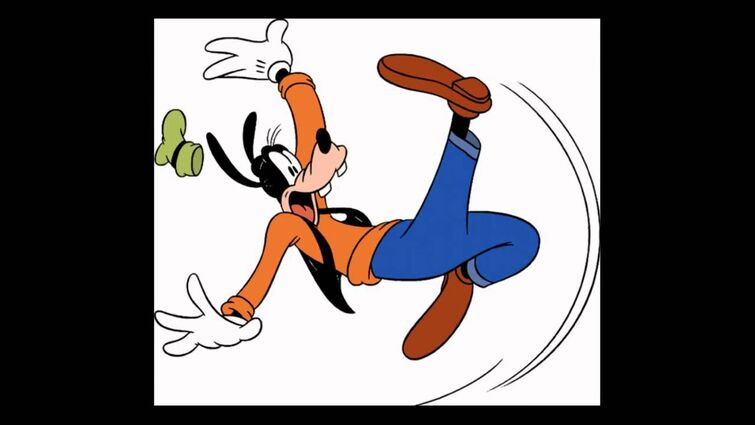 My little bro wants hito so he can heavy spam 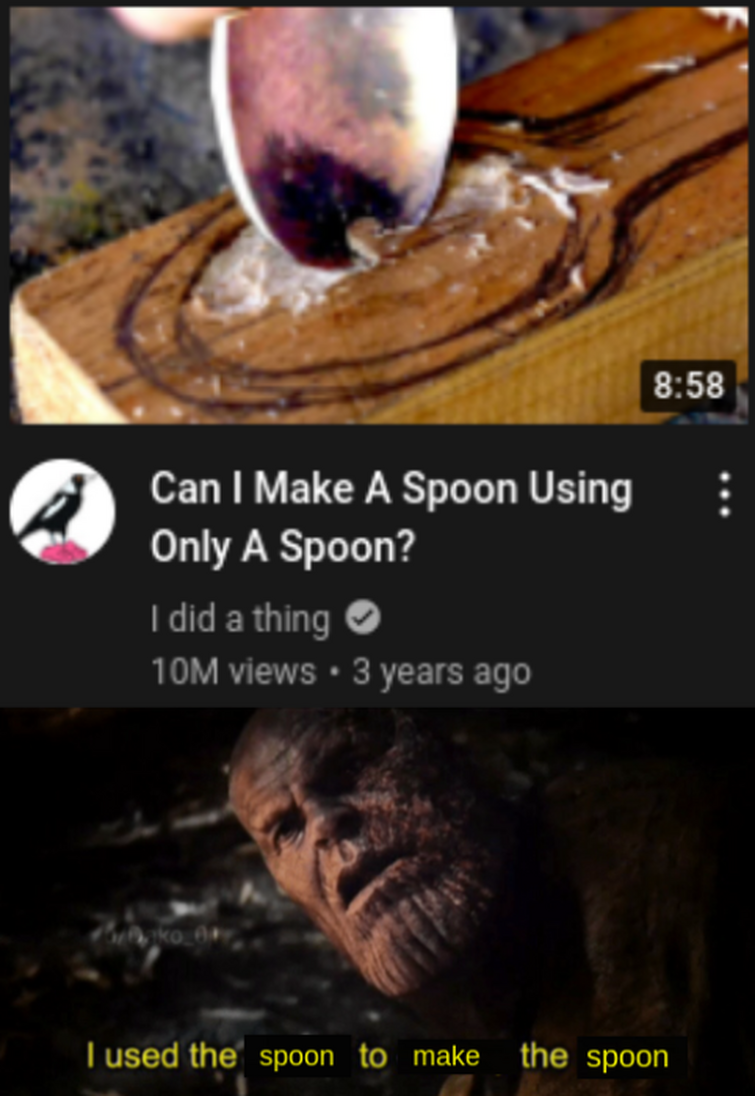 (edited by AnotherGreekKnight)
Petitte’s language course, Actually I want Latin
Who I am
Bonzer Predictions
Fluffy Thursday
See in comments

A once loyal and honorable knight now on the side of the tyrannical order of horkos, wearing his newly forge blacken armor joseph stands there staring at the once beautiful lands of ashfeld that's now covered with the corruption of the warmongers. As he stands there he hears a voice for behind him, you know it's dangerous to be out here all by yourself said the mysterious voice as he turn around he saw elizabeth. what will happen to ashfeld once we crush the remnants of the iron legion he ask, simple it would be part of a new empire". Joseph look down and saw a flower that grown between the cracks of the castle floor he then pick it up from the cold floor of the castle keep and gave it to elizabeth but when she took it the rose started to turn withered but it still means something to her. we will be leaving here soon so be prepare, as she was leaving she turn around and said my wolf in a flirting matter. as joseph stand there he started think if he was making the right choice he decide to leave and sneak to a ruin church. that was destroyed by the cataclysm. Joseph may believe in the ideas of the order of horkos but he did not follow their religion he only believe in the lord, he put his sword next to the altar of the cross and started to pray to the cross. As he was praying he started to ask questions am i doing the right thing my lord and what is the order hiding from me, as joseph was unknown to the order of horkos because he was only task of destroying castle and bases" as he was praying he heard a horn it was time to attack a city.

Everyone knows that hero I think

Before the lords of cinder in Heathmoor. Ashfeld once had now forgotten 7 kingdoms, these kingdoms were Endymion, Phoenix Loyce, Feross, Farum Procellae, Void Stellea, Khione, and Lothornius, these 7 kingdoms lasted for over 800 years and there kings where King Skullikron of Endymion, Flame King Malius of Phoenix Loyce, Lion King Nemea of Feross, Storm King Zephyrus of Farum Procellae, King Malakai of Void Stellea, King Perthesus of Khione, and finally King Arthritis of Lothornius. Skullikron was the former ruler of Endymion and is described as a towering knight in black and his helmet was shaped as a skull which is where he got his name from. Malius was the first ruler of Phoenix Loyce and don gold armor decorated with wings and a flail and shield made from Gold from Apollo, Lion King Nemea was the ruler of Feross, he was often known for his decorated lion armor and pole axe which resembles the Nemean Lion, Storm King Zephyrus once ruler of Farum Procellae, named after a Greek god. Zephyrus has the power to control the cyclones in Farum Procellae and wielding a spear forged from an unbreakable alloy, The King of Stars Malakai former ruler Void Stellea said to control the stars of space, Ice King Perthesus former ruler Khione, his armor is forged from ice and is said to manipulate the powers of ice and snow and is the great ancestor of Hervis Daubeny, and King Arthritis former ruler of Lorthorinus and the very first Black Prior before Vortiger, despite having no powers like the others he held control over the dragons and they would fly around his kingdom after defeating Dragonlord Deussax. These 7 kings would form together in attempt to kill the god of chaos Interitus but they lost and Interitus in return put a curse on them where they would go hollow and there kingdoms would be forgotten about. And that is the story of the Curse of the 7 Kings.

Surely we all play games other than our favorite, For Honor. Some can wait for centuries to be played, and others not so much.

I just simply felt like stating that I probably won't be as active on the wiki because Apex season 13 has currently released. Maybe in the second or third day I'll come back in, but Apex just requires day-to-day play in order to keep up with its battle passes.

So yeah, sayonara or something.

By the time of the truce of wyvarndale and the horkos and chimera war lived a young,brave and honorable warden his name was sir joseph. when the truce of wyvarndale was sign and peace was made between the four faction he fell to his knees, finally peace he said. But when the order of horkos invaded heathmoor his ideals change he was captured by the order of horkos. It was there were he met elizabeth A warmonger who is the daughter of a knight and viking. So the wolf finally wakes up she said, I got nothing to tell you joseph said angrily. Such rage your nothing like the sheep we slaughter at the shard, enough elizabeth said a mysterious figure. as elizabeth step aside the mysterious warrior step out of the shadows and revealed her self as the leader of the order of horkos astera, there is nothing that we what from you but we will give you two options join us or die. They then both left him while the guards close the prison door, three months later they try many ways to break him but he resisted no matter if they torture him or use draconite on him nothing could brake his mind. one day while he was looking out of the single window he saw the order of horkos raiding a farm but it was different the farmers were fighting back and killing the soldiers on the same day he saw the soldiers stop fighting the farmers they then congratulate the farmers and started to recruit them. It was when joseph started to realize the ideas of the order of horkos the strong should rule while the weak should serve joseph then shout to the guard What do you what prisoner said the guard. Tell your leader that I'm ready to join the order.

The Ashen Warrior sets foot into a shrine where the blood god was once worshipped now destroyed and ruined and a hollow crawling to escape but is stopped by Yör as he began sucking the blood from the poor hollow and the ice where Yör remains begins to crack and finally breaking his free from his arctic slumber.

Yör, God of Blood: Ashen Warrior, do you have any idea who you are fighting?

Yör then summons a puddle of blood and his sword comes out of it and pulls it from the blood puddle.

Yör, God of Blood: King Ubarsson was nothing more than a mortal, he couldn’t kill a god and now as I, Yör, God of Blood will finish what I started to take over Valkenheim as my own and to kill anyone who dare oppose me! And as for you Ashen Warrior. You are nothing! 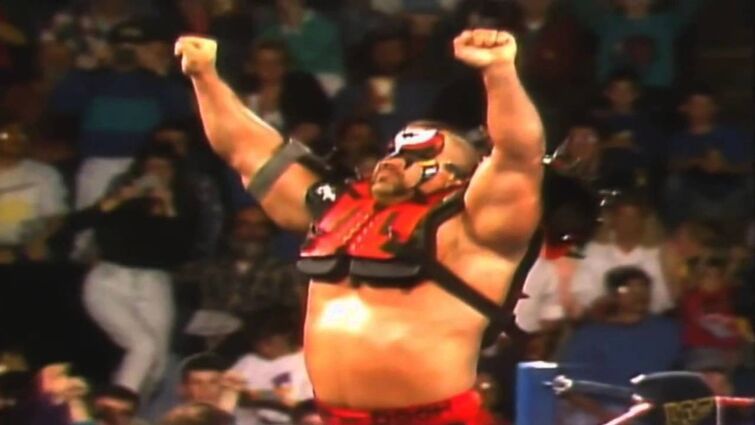 Ubarsson was born in Valkenheim before it was frozen by the ice serpent Snjór, King of Glaciers. At the age of 4 he discovered he had a wolf spirit named Úlfur and was only visible to him and no one else it granted him the powers of manipulating ice and it became visible to everyone when he was a older prince. His Father abdicated the throne to Ubarsson and became king of Valkenheim and then created his axe from titanium. He also heard from the Viking villagers that Takemusu and Archos where killing the dragons from Ashfeld and The Myre. Ubarsson didn’t care about the dragons and didn’t see them as a threat, the only threat was the God of Blood, Yör. When Yör betrayed and killed Odin, he begin terrorizing Valkenheim and even sucked the blood dry from his mother killing her instantly. This enraged Ubarsson and Úlfur howled angerily at the sky together they defeated Yör and encased him an a ice crystal where he remains. The people of Valkenheim cheered at Ubarsson for saving Valkenheim. He then married a Valkyrie queen and gave birth to 7 children. Ubarsson went with his army along with other 3 lords of cinders and they lit the flame but it backfired and burned everyone into charred hollows. Even in his hollow state Úlfur stayed with Ubarsson. And that’s the story of King Ubarsson.

Help us grow For Honor Wiki